Our veterinarian Silvana Cerasa has again created a small work of art: an easter basket of Ciuta sheep wool of different color. 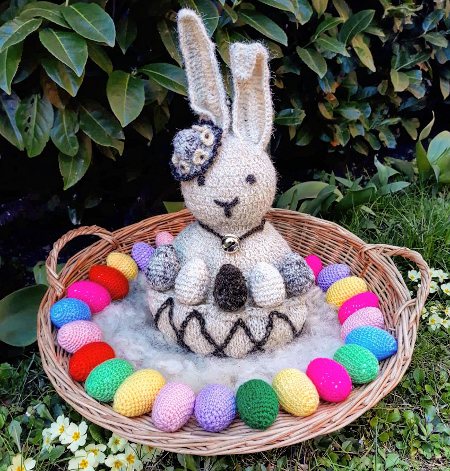 Re-recognition of the breed

With date of February 15, 2018, the Ciuta sheep are again recognized as an official Italian breed. This gives farmers a boost and they can now use various state benefits (breeding supervision, support programs, etc.). We congratulate and thank all those who supported this! At the moment there are 250 animals in the area, belonging to about twenty breeders who grow them between pastures and woods (photo Hape). 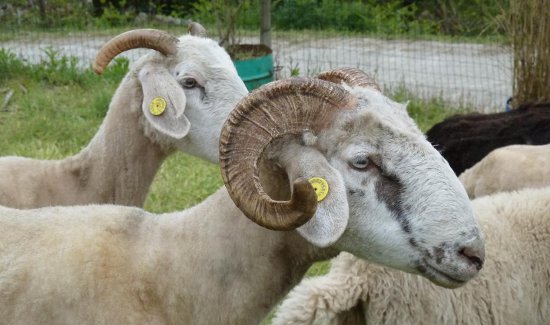 In Val Masino is now a huge enthusiasm for the conservation of the Ciutas. PPM were already offered the use of separate Alps. In seven agritourism farms the sheep can be seen. Other animals have been discovered on the Alto Lario, which will also be integrated into the project now. Yet there is still a long way to go. For the long-term security the stock has to be raised to over 200 animals and at least ten male breeding lines.

The project of the Ciuta sheep advances!

With support of the Veterinary Authority (ASL) of the province of Sondrio and the regional animal breeding association (APA) the Ciuta conservation project could be presented at an orientation meeting on 3 April 2014 to the Valley dwellers of Val Masino. The project met with an unexpectedly great interest. All 85 seats in the large community hall were occupied, 34 more people had standing to participate. Following this, a great number of directly interested people signed up for participation in the project. Among them were people who offered an original animal still for sale, others who wanted to join in with their pristine animals in the "Ciuta Club" and those who wanted to take over a new nucleus group. Before Easter, seven new breeding groups were formed. Thus, the PPM own stock of breeding animals and the number of farmers involved in the project doubled (incl. five newly added private holders) quadrupled to 16. The provisional herd register of Pro Patrimonio Montano now includes about 60 own animals, the animals of the private holders still need to be evaluated and incorporated.

Read more: The project of the Ciuta sheep advances!