Until a hundred years ago there were still numerous alpine pig varieties in the Swiss mountain area. These were gradually replaced by breeds on high performance. Last stocks survived until 35-40 years ago on both sides of the Lukmanier and Splügen pass. The repatriation of four breeding groups from the newly built stocks in North and South Tyrol was a protracted undertaking because of the tough Swiss veterinary regulations. The repatriation was concluded in the middle of August 2018 with a press conference at the Animal Park Goldau, where the two-month quarantine took place. PatriMont was able to count on the professional support of interested veterinarians and the financial support of SWISSLOS and four dedicated foundations. The photo shows an alpine pig couple in the Animal Park Goldau. 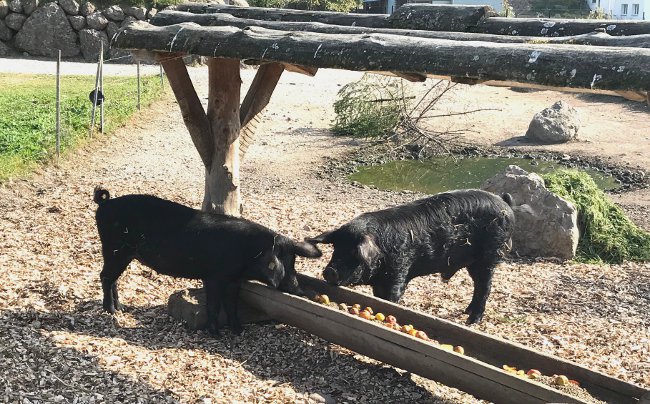